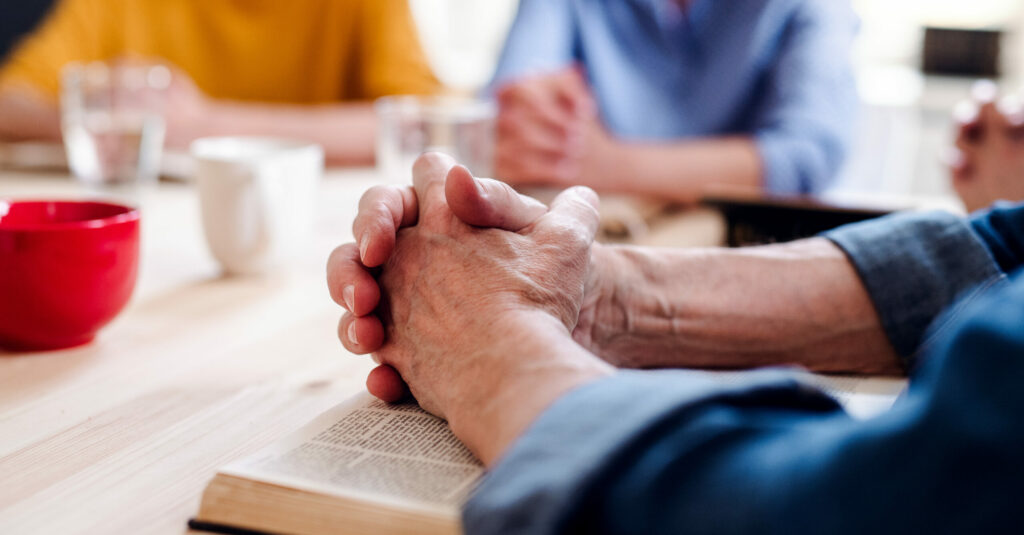 For today’s thoughts on generosity, we turn to Leviticus. I know, I know. You’ve heard a hundred sermons on Leviticus, but bear with me!

Of course, I’m kidding about all those sermons. We spend very little time in Leviticus. I was recently at a Bible translation event with my co-author, Greg Baumer. Someone made a joke on stage about the relative impact of translating the Gospel of John, versus Leviticus. Immediately, Greg leaned over and quietly said, “Actually, I’ve been studying Leviticus all month.” I started laughing at the coincidence and replied … “No way! I’m halfway through a commentary on Leviticus right now!”

Apparently, God wanted me and my friend Greg gleaning from his Old Testament law at the same time.  (By the way, gleaning is a great Leviticus word – see Lev. 19:9).

For a bit of context, Leviticus 1-7 lay out the rules for various offerings. God established a beautiful system whereby His Holy and chosen people Israel could have fellowship with Him, despite their sinfulness. He graciously allowed their guilt to be atoned for by the offering up of sacrificial animals, whose lifeblood stood in the place of the guilty sinner. This was a powerful reminder of the weight and seriousness of sin.  Before an animal would be slaughtered, the one offering it would lean their hand against the animal’s head – in effect, saying, ‘This is mine. This represents me.’  And then, they would kill the animal. The sinner goes free; the substitute pays the price. Wow.

Moving to Chapter 8, Moses performs an ordination ceremony for Aaron and his sons. They are the priests – those who are to administrate God’s gracious system of atonement, facilitating the relationship between God and His people.

Before we move into the key verses, remember that in the new covenant, under Christ, you and I are the priests of a new Kingdom. Christ was the ultimate sacrifice and ended the sacrificial system once and for all. Christ paid the price; we went free. And we are now the ministers of His grace, administrating His Church and sharing the news of what He has done. We are Aaron and his sons.

After the ordination ceremony, this came next:

Moses then said to Aaron and his sons, “Cook the meat at the entrance to the tent of meeting and eat it there with the bread from the basket of ordination offerings, as I was commanded: ‘Aaron and his sons are to eat it.’  Then burn up the rest of the meat and the bread.

Do not leave the entrance to the tent of meeting for seven days, until the days of your ordination are completed, for your ordination will last seven days.  What has been done today was commanded by the Lord to make atonement for you.  You must stay at the entrance to the tent of meeting day and night for seven days and do what the Lord requires, so you will not die; for that is what I have been commanded.”

So Aaron and his sons did everything the Lord commanded through Moses.

Aaron and his sons were being put in a position of great power and authority in ancient Israel.  They were to mediate the Law of God.  They were to receive the choice cuts of meat.  Instead of working the land, the studied the Law and were to be paid by the tithes of others.  Such a privileged financial and social position was a recipe for pride.

Therefore, at the conclusion of their sacred ordination, God ensured there was no room for pride; only gratitude and humility.  Two key elements of this text stand out:

Like the ancient priests, we each hold various titles, receive honors, and possess riches. These are not shameful or evil – in fact, they are a gift from God. The key is our response to these good gifts. Are we proud, as if we’ve accumulated these treasures on our own? Or are we struck with awe and gratitude, recognizing the King from whose hands they come, and under whose rule we minister?

May we all serve, give, and love with hearts of joyful gratitude, in respectful awe of what God has accomplished on our behalf. In our own day, may we carry forward the legacy of Leviticus 8.

John Cortines is the co-author of two books including God and Money: How We Discovered True Riches at Harvard Business School. He serves with the Maclellan Foundation, where he oversees efforts to catalyze a global movement of generosity among all believers.

Posted in Financial Legacy, Teachings
← The First StepReflections from the Daughter of a Generous Mom →